Koa Takes over the Goucher Tournament! U12 Club Team dominated at Goucher College Tournament on Sunday!

This past weekend, our U12 Club Team played at the Goucher College Spring Tournament and dominated. The team's record was 5-0 for the day, only allowing one goal from their opponents! U12 saw outstanding play from Charley Noah, Rose Gerts and Lucy Barrenechea. The team withstood cold temperatures and rain to win their well deserved medals! U12 showed great teamwork and smart play throughout the day! We are so proud of the continuous growth U12 showcases when playing at these tournaments. Their hard work never goes unnoticed and we are happy to see them show other clubs in the area what Koa is all about! We are looking forward to seeing their progress and to watching them excel during the course of the outdoor season.  Congrats to our U12 Club girls! 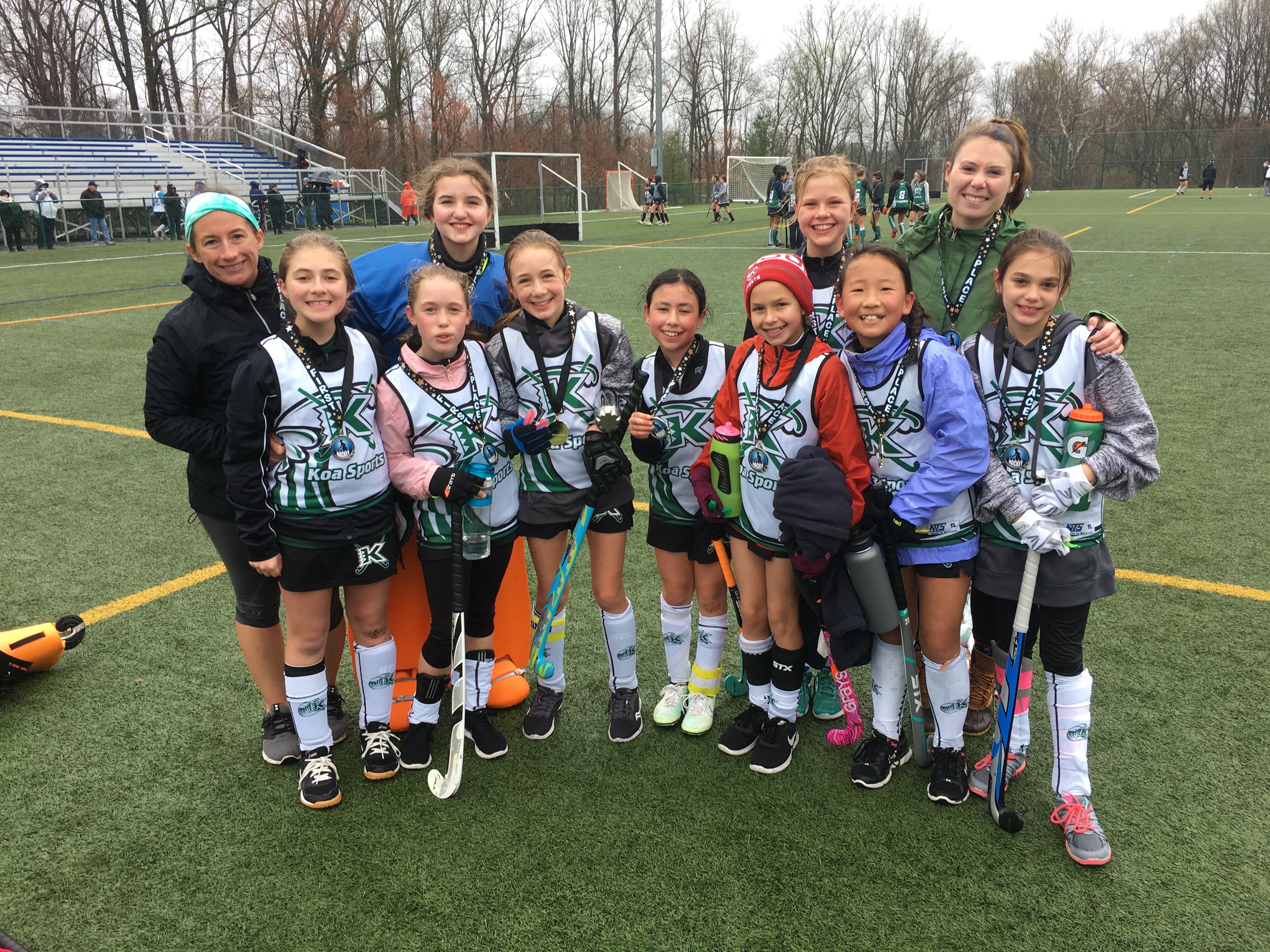 U12 Clubs girls, all smiles after winning their age group division.

U14 Club Teams showcase their talents at Goucher!

Our U14 Green and White Club teams went to their first outdoor tournament of the season and took over! Both our U14 Green and White teams went ready to play! With a strong start to the season, fighting through cold temperatures and rain, the teams were collectively able to finish the day with 10 wins and 2 losses. U14 Green Team advanced to the Championship Game, and beat Storm to win the U14 Division! The girls worked really hard, and together showcased their best team play this weekend! Stand out goalie, Maggie Spire, held down the defense and earned multiple shutouts throughout the tournament. Both U14 teams proved the sky is the limit with their play at Goucher on Sunday! We are so excited to see them continue to grow and compete this outdoor season. Congrats U14 Green team on the medal! 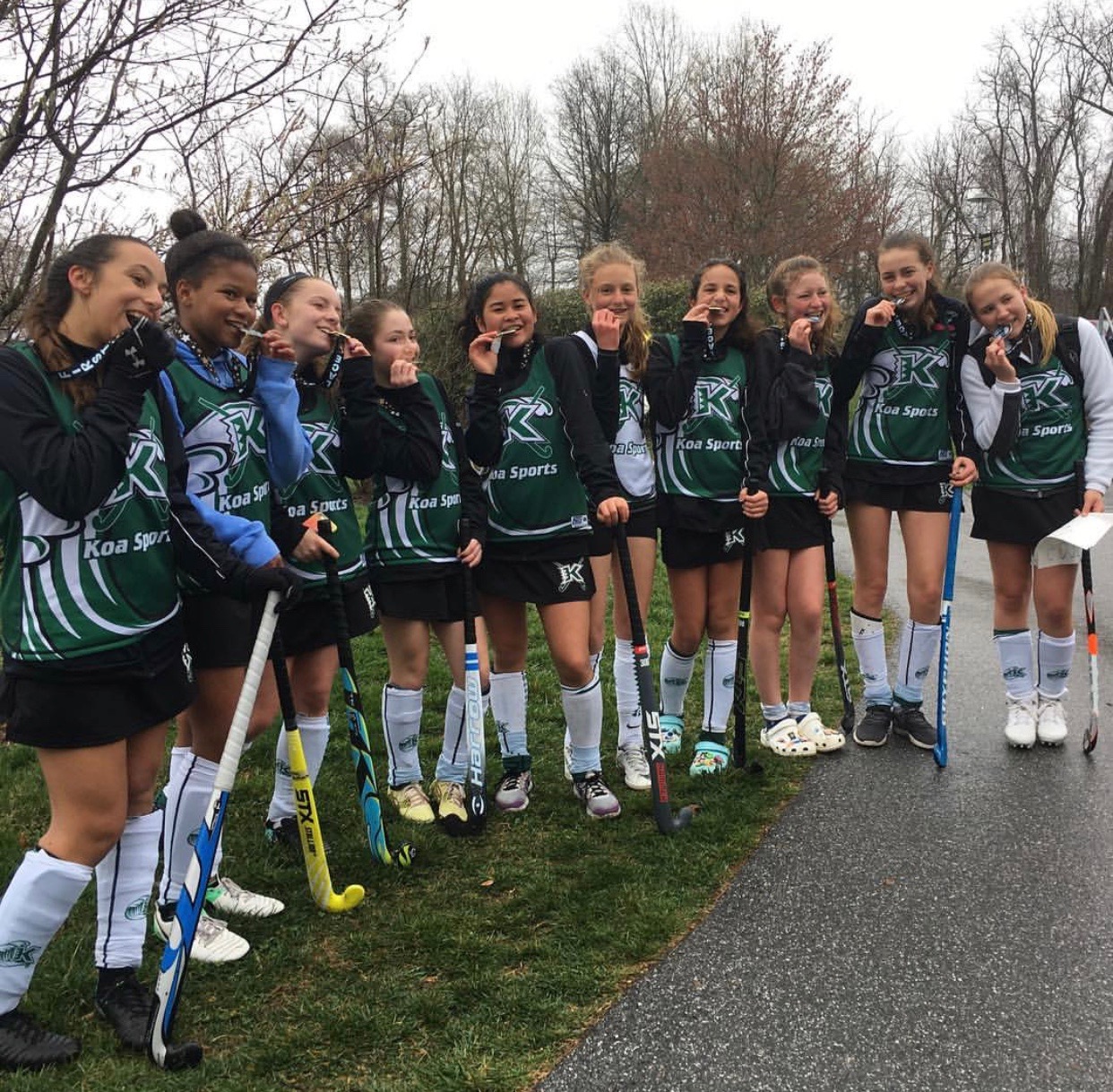 U14 Green Team tastes victory this weekend at the Goucher Tournament!

Our U16 Green and White teams battled their way through the Goucher College Spring Tournament! The girls played and beat local club teams like Storm, Next Level, and the Rebels this weekend. Both Koa U16 teams faced each other in the Semi-Finals for what would prove to be an intense and highly competitive game. In the end, the Koa Green team would advance to the Championship Game with a 2-1 win over Koa White. The U16 White Team saw great leadership from Gigi Lombardo, as well as key defensive play from both Robyn Peterson and goalie Steph Winick. The U16 White Team started the day off with a tie, but then went on to dominate only to lose one game short of the Championship Game. U16 Green dominated and was challenged with a hard fought semi-final game, but prevailed to secure them a spot in the finals. In the Finals, the U16 Green Team topped the Rebels to win the tournament for their age division, completing Koa's sweep at the Goucher Tournament! We are so proud of both teams and how hard they played this weekend! Having both teams face each other in the Semi-Finals speaks volumes to the hard work our players have put in so far this season! We are excited to see both teams continue to work hard and dominate as a program at future tournaments this outdoor season! Congrats to U16 Green for their medals! 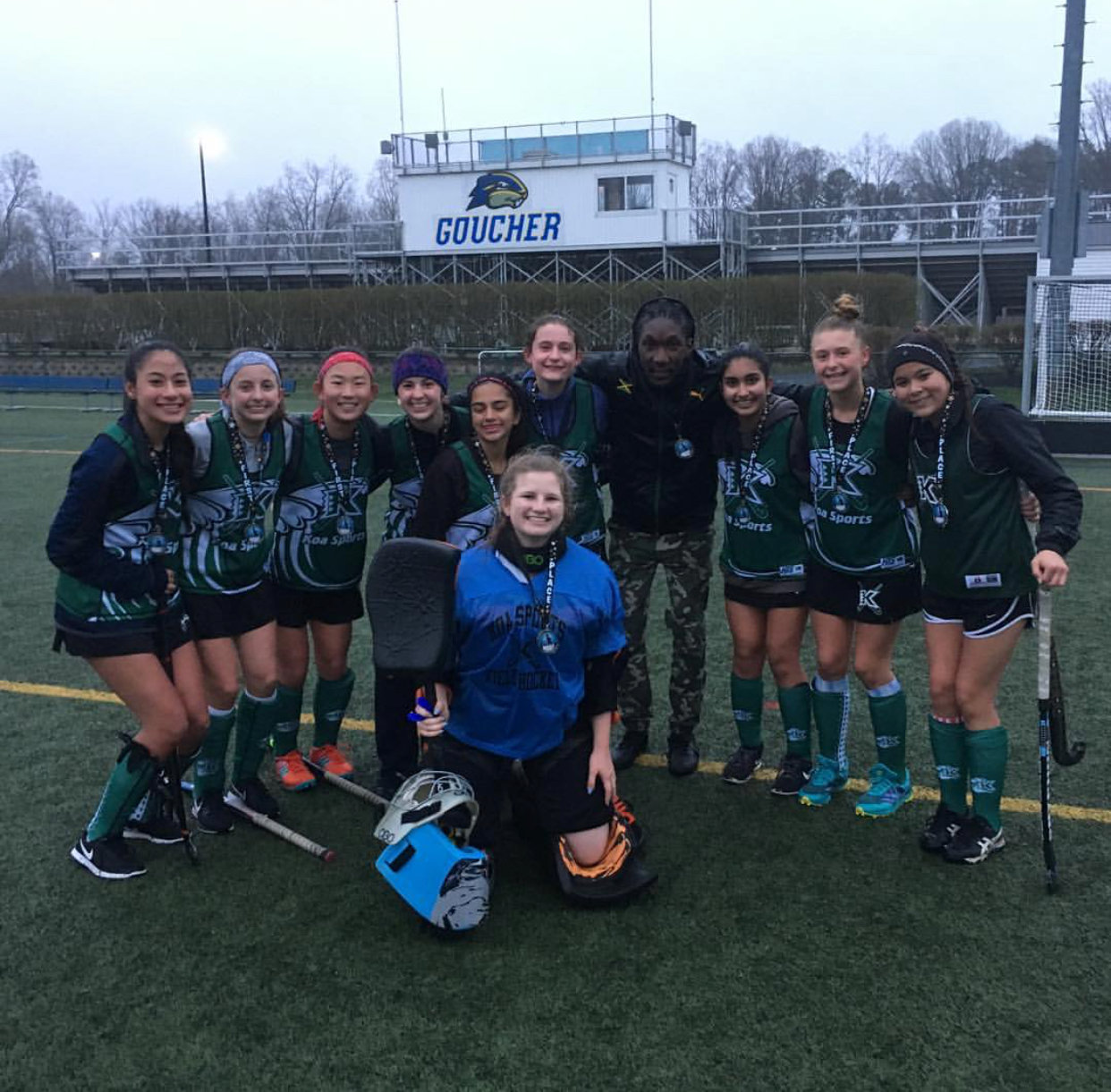 U16 Green Team and Coach Gio pose with their medals after wining the u16 age division.