NITs was the first big tournament for many of the girls on the u12 Club Team, and our young u12 Team had something to prove after our recent success in local tournaments. The girls were equipped with their lucky socks and a lot of fight in their hearts to prove themselves on the national stage.

In Game #1 vs Cape Ann Black, Koa dominated most of the game. With two beautiful corner shots converted by captain Gillian Rosenstock, the girls had a 2-0 lead for most of the first half. Cape Ann came back and scored a goal to make the game 2-1 before the half. With momentum on their side, Koa would get their first test at NITs. Koa would again have majority of possession in the second half. On a break away, Carter Davis took the ball on her stick and dribble into the circle taking a beautiful shot to make the score 3-1.  With 7 minutes left, Koa worked hard to keep Cape Ann Black out of the goal but they were able to score one more making the score 3-2 before the final buzzer. Anna Arnold led the team with intensity and wasn’t afraid to play out of position to help the team secure the win. 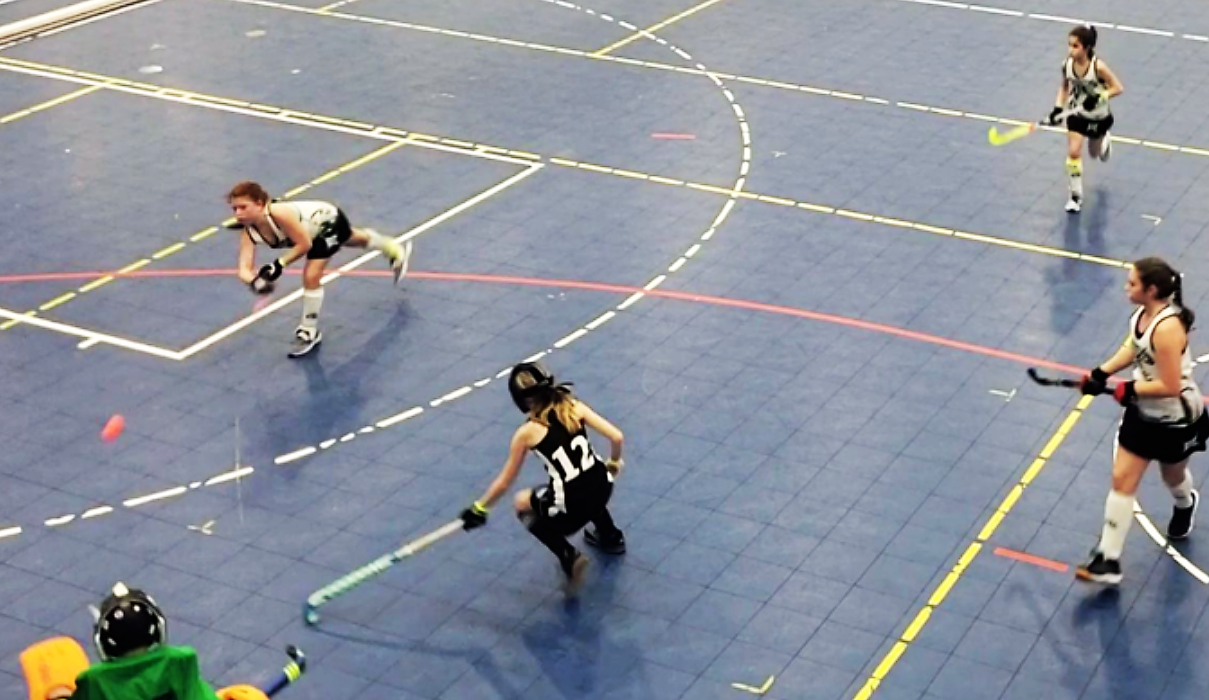 Gillain Rosenstock scores on a corner

In game 2, the girls were excited to get back on the court and continue their quest for the top spot.  Against Ambush u12, Koa showed a great unified effort with beautiful play and togetherness. The girls were able to come out with a 5-0 win. Midfielder and forward Sarah Walker and Carter Davis each scored two goals and Jenna Goldberg also put herself on the score sheet with 1 goal.  With Jaimie Lee holding down the defense with help from Captain Stevie Zonarich, the girls were able to get their first shut out of the weekend.

After a great Day #1, the girls were pumped to get back on the court for Day #2. They knew Saturday was the “championship day,” and they would be tested with some strong competition. This only fueled the team’s drive to prove themselves and represent Koa on the national stage. In Game #3 against Peninsula Hurricanes, Junia Whang, Gracie Lombardo and Jenna Goldberg were key players in the second shutout of the weekend. Jenna Goldberg got herself 2 goals in a dominating performance up top. 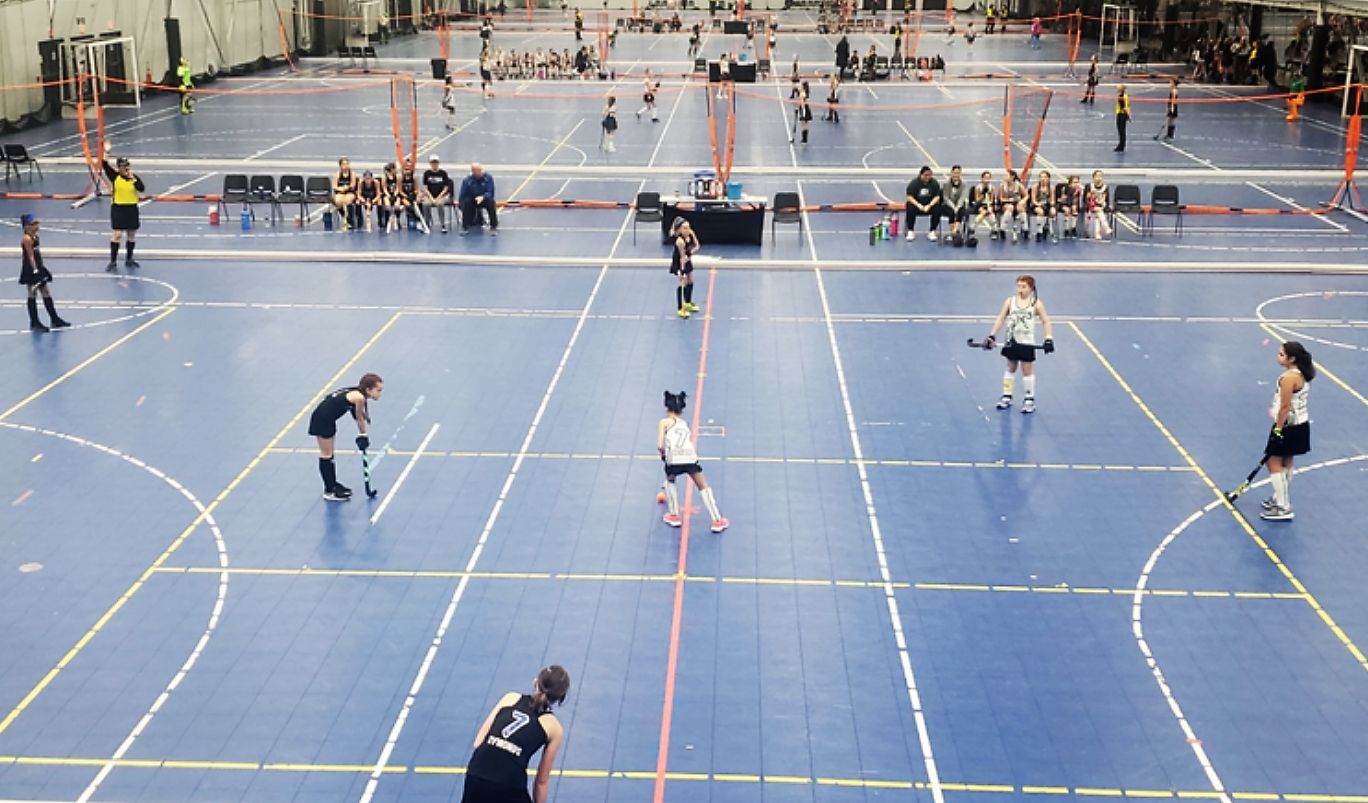 In Game #4, it was the battle of the 2 undefeated teams: New Jersey Starz vs Koa! New Jersey Starz u12 Blue were the other undefeated team in the pool and had a lead on Koa by goals scored. The importance of controlling one’s own destiny was the motto for this young team. A win would secure first place and get them a step closer to the goal. Koa knew they would have to play a strong game and each player would need to give everything they had in order to secure the win for their teammates! This was the game many live for, and what they had been training so hard for during the past 4 months! To start, Koa showed a big dominance over the Starz with a quick goal by Jenna Goldberg at the top of the circle.  Jenna got control of the ball at the top and proceeded with a beautiful finish. Being up by only one goal, the girls knew that would not be enough to keep the Starz away and the Starz turned up the heat and came on strong, but momentum was on Koa’s side. The girls played fast and controlled the pace of the game early on. Before the half, Sarah Walker was able to make the score 2-0. Coming out of the half, Koa knew that the Starz would come with drive to finish the game. The Starz were able to build momentum and score two goals back to back. With a tied game, Koa was able to keep it 2-2 for a while. In the 12th minute, the Starz would strike again with a third goal. On the verge of defeat, Koa found the fight within and Gillian Rosenstock was able to capitalize and get the equalizer to tie the game 3-3. With hope still alive, the girls showed great discipline and pressure to ensure The Starz would get no where near the goal. In the 7th minute, Georgia Lindenauer took off with speed and slipped a fantastic goal behind the goalie to put Koa up by one. With the clock winding down, the girls stepped up on defense and did a fantastic job to keep the ball out of the circle. In the last minute, Starz were able to get control of the ball and got what would be an equalizing shot off as the clock was ticking away. Koa goalkeeper, Leia Neilson, came out to pressure the ball and player, but the ball managed to get behind her and was traveling towards the open goal. Sarah Walker showed great hustle and teamwork in supporting her goalie. She allowed Leia to pressure the ball while she ran back into the defensive circle to cover her. As the ball passed Leia and was moving towards the goal, Sarah came out of nowhere and was able to stop the shot dead on the ground right before the ball crossed the goal line! Sarah’s last second defensive save secured Koa’s 4-3 victory over the New Jersey Starz! The girls were filled with such excitement and pride when they topped the number one team to keep their undefeated streak alive. 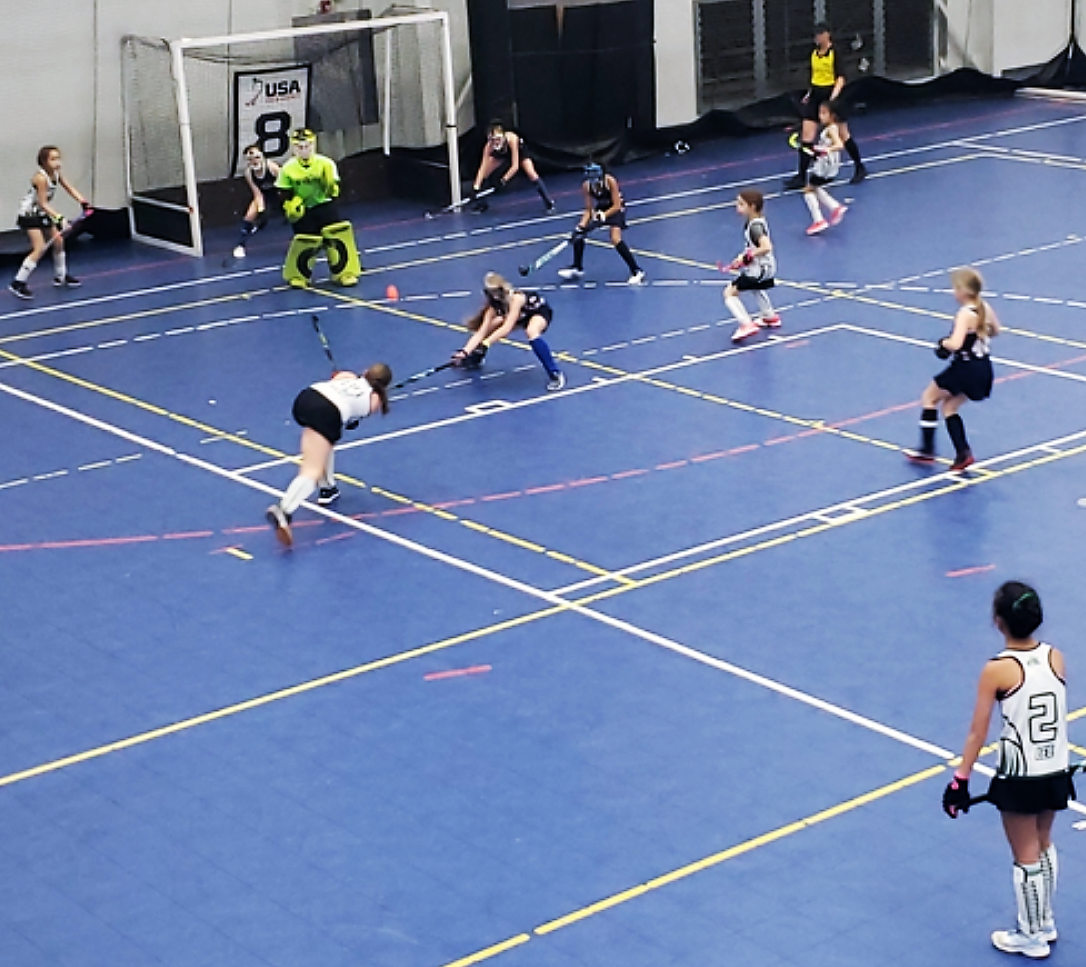 In Game #5, Koa was one game away from being crowned NITs champions. They knew Texas Pride White would come to knock the number one team off, but the girls finished the day strong with a 2-0 win and their third shutout of the weekend thanks to a strong defense led by GK Leia Neilson. Gillian Rosenstock and Carter Davis were tied on the day with one goal each. The girls faced a little adversity with the refs, but stayed focused on the goal and got the win. Gracie Lombardo, Sarah Walker and Jaimie Lee showed great teamwork in helping their teammates create opportunities to secure the win.

During this Winter Indoor Season, Koa only had 2 returning players from last year’s strong u12 team. This year, they were going to be tested due to this being the first competitive indoor season for more than half of the players on our current u12 team! They set goals, showed up to practice every day and worked hard – and over the course of the past 4 months they were able to put themselves into the Koa Record Books as being the first Koa Team to win a Championship at a USA Field Hockey sponsored event! This u12 team is a special team, and is extremely deserving of this honor and accomplishment! Every tournament and every practice, they fought, worked hard and grew as one. They learned each other’s strengths and weaknesses, but most importantly they learned to never give up. As exciting as it was for most going to their first big tournament, the girls showed great composure and will to take the top spot and make Koa history. The girls scored a total of 17 goals on the weekend and showed great defense with three shutouts! They are a team that always believes in themselves and their abilities, and they are filled with wonderful leaders who aren’t afraid of the pressure. We could not be more proud of our U12 team and how hard they worked to transform themselves into National Indoor Champions! We are so excited to see what the spring season holds for this special group of girls! 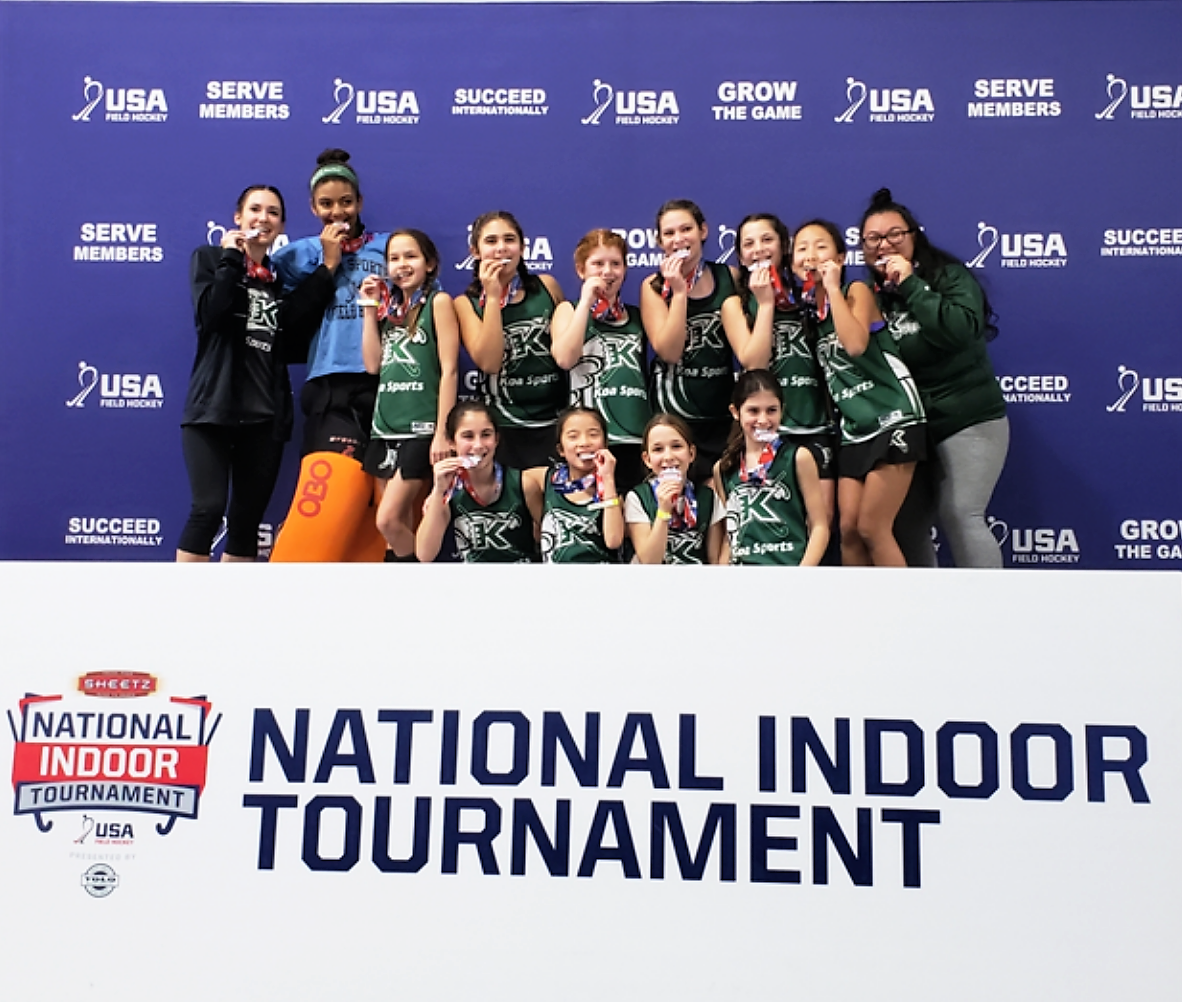