Koa Field hockey sent five field hockey teams to the spring flick this past weekend. Two out of the five teams went undefeated on the day, taking the top spot! Our u14 white team came in second place, losing a hard fought battle versus Central PA FH in the championship game. Our u19 team would end second in their pool and place 4th overall.
u10 Team

Our u10 DT made their first tournament appearance this weekend and did not disappoint. The girls have worked hard on the field, and made the 2-hour journey to Philadelphia, PA to prove to the Region that they are a force to be reckoned with!

The girls ended the day undefeated with a 3-0-1 record and clinched the number one spot. In a thrilling championship game, the girls came back from a 2-1 deficit and scored a final minute goal to take the overall number 1 spot and wining their first tournament championship. Defense was lead by Julia Roberston. Goals were scored by Mia Arnold, Meghan Walker and Laura Ferrier. 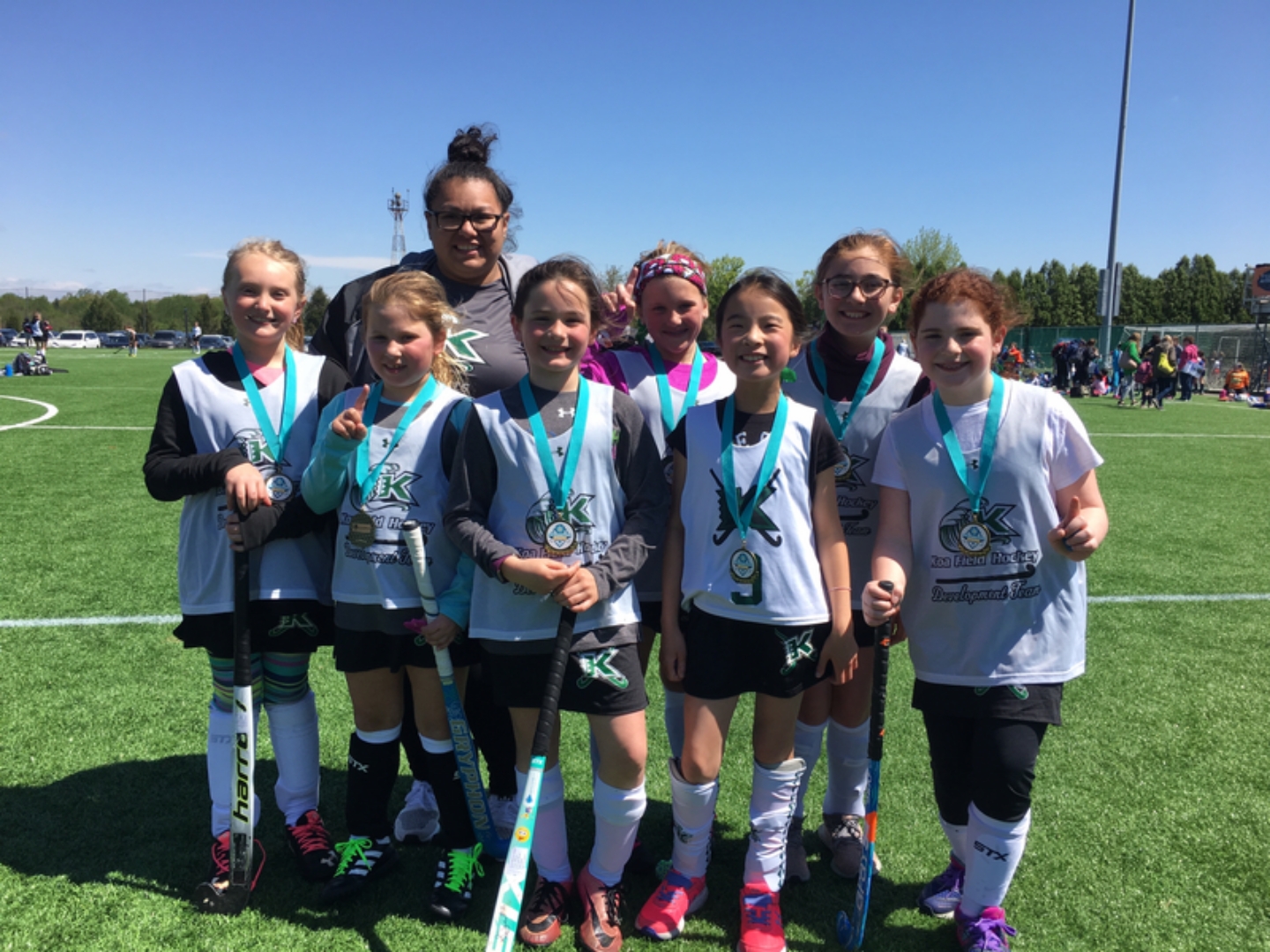 u10 DT team poses with their first place medals!
u12 Team

u12 continued their momentum into the Spring Flick and brought home another championship! u12 was lead by goalie Leia Neilson and defenders Jaimie Lee and Stevie Zonarich. The girls started Game #1 against a tough SJ Edge u12 Black team. With great discipline and patience, midfielder Anna Arnold passed a long sweep hit down field that bounced off the goalie’s pads with a beautiful finish by Junia Whang. The girls won the game 1-0. In Game #2, the girls showed great dominance with a 4-0 win against Potomac Rapids Tide. Koa forward Carter Davis lead the scoring with two goals, while Jenna Goldberg and Jaimie Lee added the other two. In Game #3, Koa beat Kennett Crush Miatake  3-0! The team then went into their final game focused and ready to win with the hopes of claiming the number one spot. The game was a close back and forth game versus Kennett Crush Button, until Gillian Rosenstock opened up the scoring with Koa’s first goal of the game. Jaimie Lee, would then secure the lead and make the score 2-0. Crush fought back and hit one in the back of the net to make the game 2-1. With back and fourth play, the game would come down to a final defensive corner. The game ending whistle went off and the girls were ready to claim their championship. As soon as the ball left, the girls showed great defensive disciple and sent the ball out of the circle to become the U12 Tournament Champs! 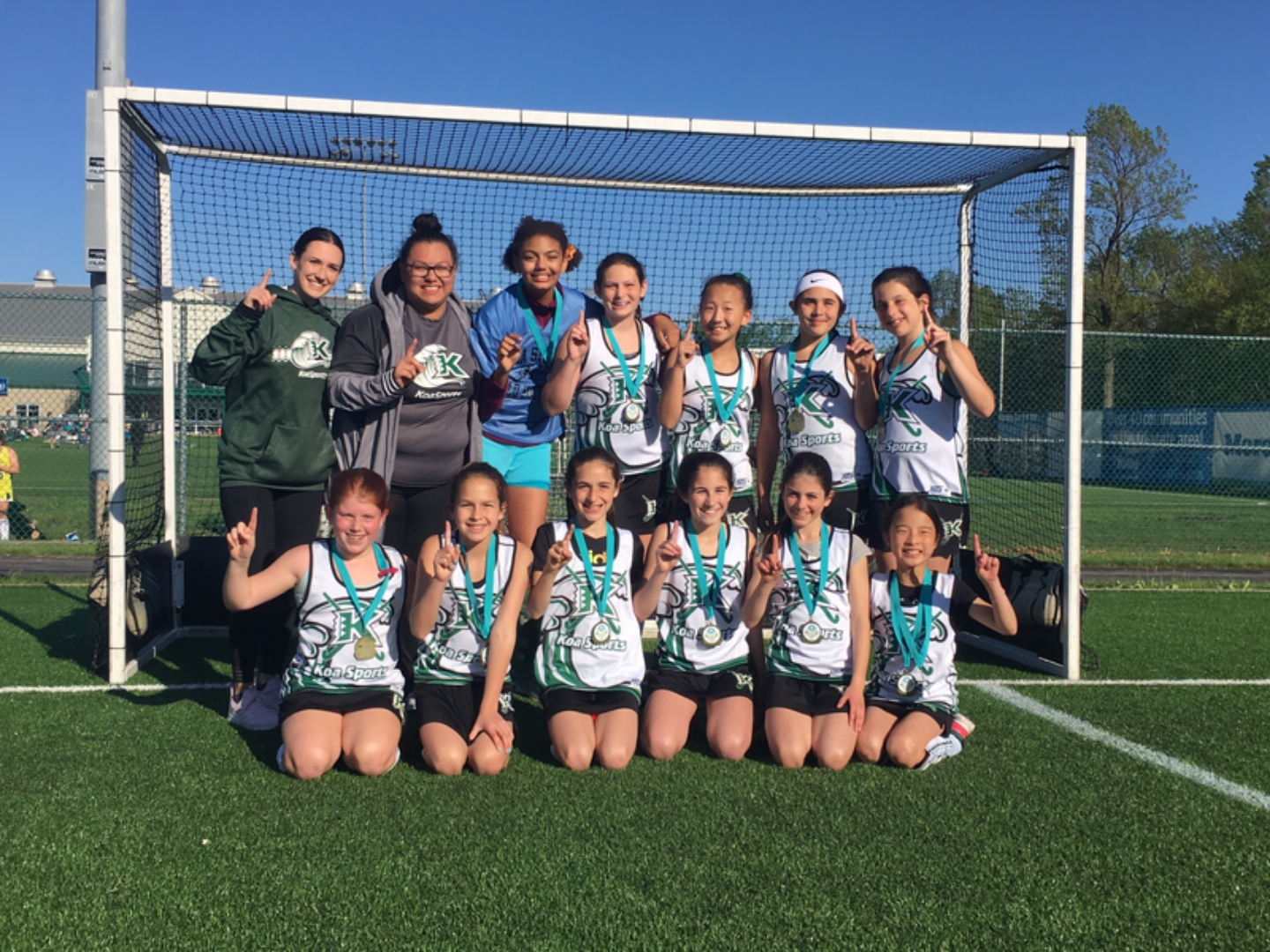 The Koa u14 Green and White Teams also traveled to the hotbed of field hockey in Philly, PA this weekend to make their mark!  u14 White secured their first game of the day with a 1-0 win against Horizon. Koa White would go on to play a close game against PA Revolution Tungsten with a game score of 0-0. The girls would bounce back and produce a dominating 9-0 win against Shock Blue, with forward Maya Gutierrez-Flores leading the way. With their commanding win, Koa White took 1st place in their pool and dribbled their way to the Championship game. In the Championship game, u14 White would fall short of a win against a tough CPFH purple team. The girls fought hard and left everything they had on the field. Charley Noah, Catalina Sposato, Emmy Valeck and Lucy Barrenechea lead the team as dominating players. Maya Gutierrez- Flores led in goals scored with 6 on the day, followed by Maya Raphael who scored three goals and Bridget Ellis added one. The team’s defense was held down and led by goalie Alia Winterle. Alia played aggressive and strong throughout the day! Overall, the Koa White team finished in 2nd place and scored 15 goals on the day! 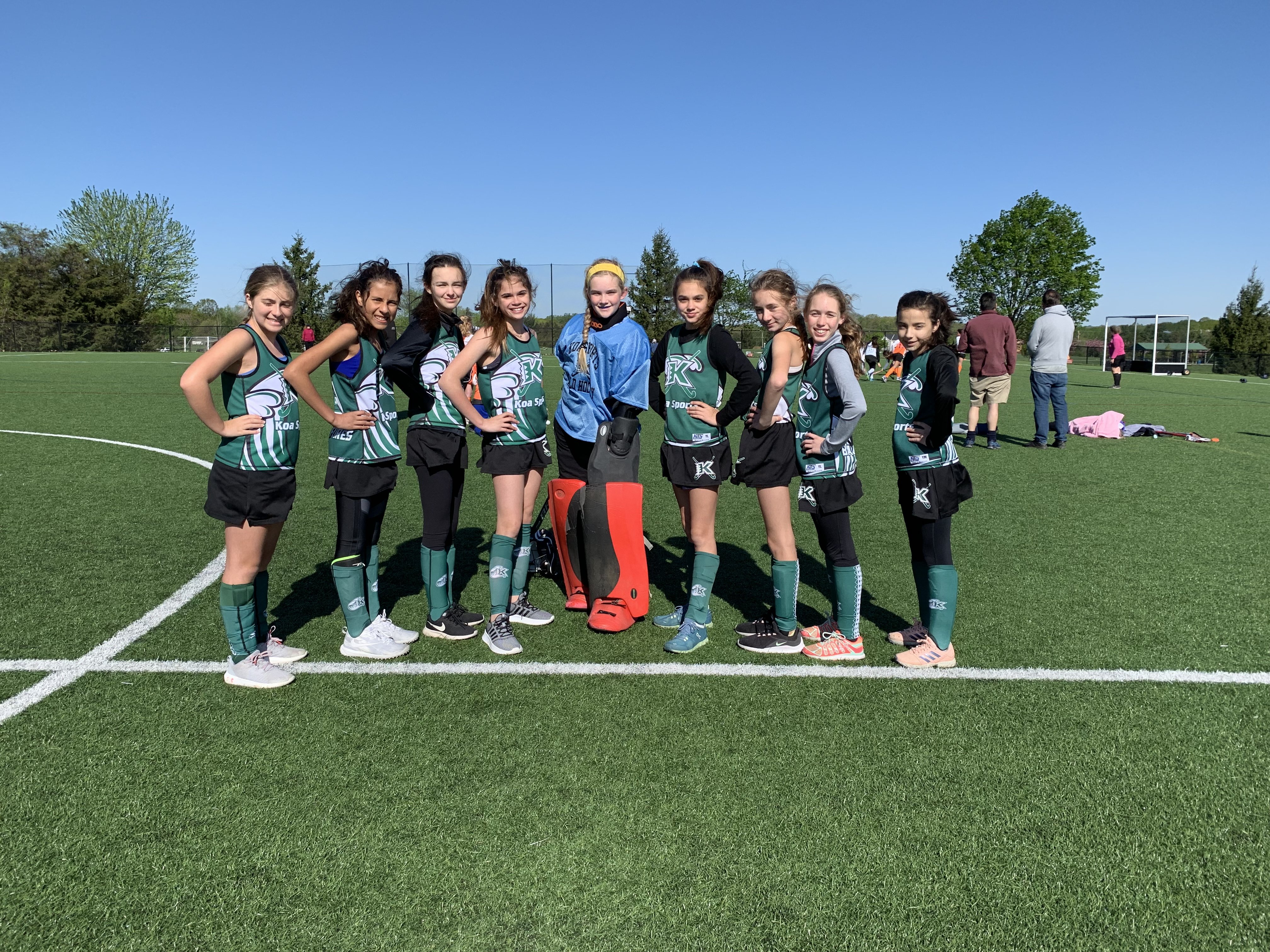 U14 White takes a break from scoring to pose for the camera at United Sports!
The U14 Green team showed great resilience with a tough bracket. The girls fought through each game and represented Koa well. The team was led by Ines Foscarini and Sophia Wadeson, Koa green scored 6 goals on the day and took 7th place.
U19 Team

Last but not least! Our u19 team would be the final team to represent Koa on the field at United Sports. The girls would go 1-0-2 to earn the #2 seed in their pool. Gigi Lombardo and Malika Buscaino lead the team in scoring and showed awesome leadership on the field. The girls would lose a competitive game against Ballyhoo in a 3-1 loss. The team’s hard fought effort combined with a winning attitude earned them a top four spot overall. 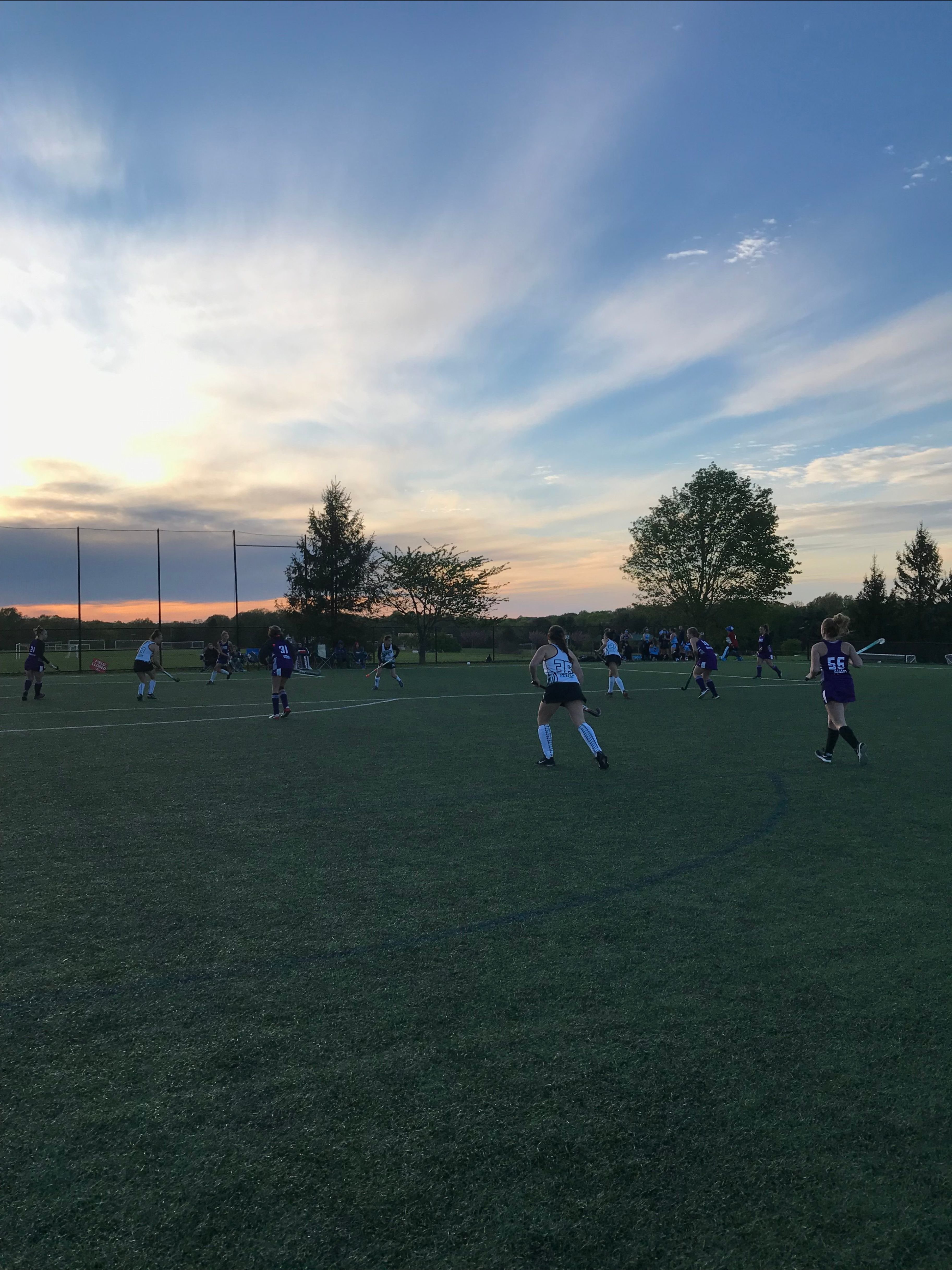 We are so proud of how well the girls represented Koa FH at the United Sports Spring Flick. We wish our u12 and u14 teams the best of luck as they head to Shippensburg University this weekend to continue their success.The future of our programs are bright and we appreciate all of our athletes who continuously leave everything on the field while representing Koa. The spring has been off to a great start and we can’t wait to see what else our teams have in store!
#ridethewave #koafh
Koa Sports
Field Hockey Blog